"We founded UniAdmissions because we both went through the overwhelming minefield that is applying for university. We couldn’t find useful resources to help us wade through it, thus UniAdmissions was born and has been thriving since 2013!

We know we can help you get that dream offer." 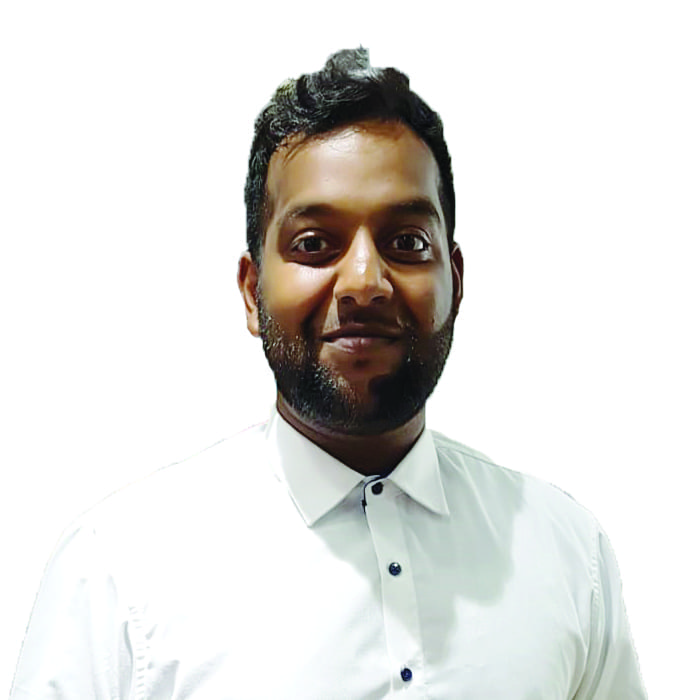 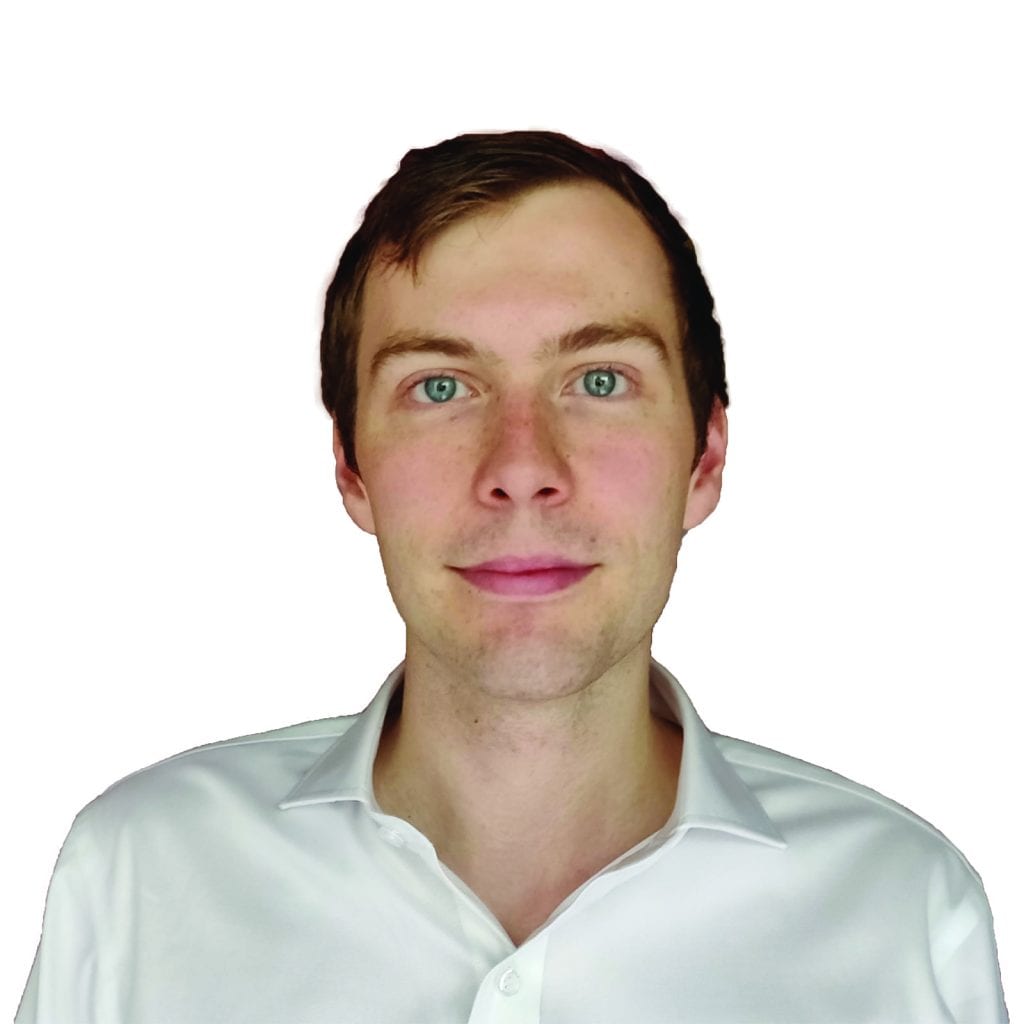 We specialise in supporting students with their applications to competitive
universities and courses like Oxbridge, Medicine and Law.​

Over the last decade, competition for these most sought after places has been steadily increasing, which has led to the introduction of new measures, such as admissions tests. Many students find this daunting and are confused by how to best put together a winning application. That’s where we come in.

UniAdmissions help you build your application to show yourself in the best possible light. With help from our specialist tutors, we ensure you get exactly the right support from the right people.

Every year, hundreds of applicants and schools work with us on our Programmes. Through the Programmes we offer, we deliver expert tuition, exclusive course places, online courses, best-selling textbooks and much, much more. With a team of over 1,000 Oxbridge tutors and a proven track record, UniAdmissions have quickly become the UK’s number one admissions company.

Students enrolled on our Programmes are 3 x more likely to get an Oxbridge offer.

UniAdmissions have published over 90 books with many titles hitting bestseller status.

Students who work with are three times more likely to get their Oxbridge place against the national average.

We work with 15 top UK schools each year supporting their Oxbridge applicants.

Our tried & tested formula for success is what our Programme curriculum is built upon.

Dr Rohan Agarwal has won the prestigious “Young Entrepreneur Of The Year” award.

Everything starts somewhere - UniAdmissions was no different. We started our journey in Cambridge.

The Beginning.
Still Finding Our Feet.
Getting Into The Groove.
Full Steam Ahead.
No Signs Of Stopping.
The Recent Past.
The Beginning.

UniAdmissions is founded by Dr Rohan Agarwal and Dr David Salt in 2013, whilst at Cambridge University. Both Cambridge Medical Graduates with several years of tutoring experience. They do the vast majority of tutoring in this year whilst also writing our market-leading resources like the BMAT Past Paper Solutions and the UKCAT Mock Papers, the foundations of many of UniAdmissions’ future books.

Following the success of 2013, word spreads quickly and demand for tuition increases to the point where we have to recruit more Oxbridge tutors and train them up. The first of many admissions test and interview courses are launched – attended by over 100 students with many hundreds more placed on a waiting list.

Getting Into The Groove.

Rohan and David work tirelessly to publish six books – two of which are Amazon best-sellers and actually outsold Harry Potter and The Bible in August 2015! Our product range is extensively increased with the addition of online courses for many admissions tests.

Our tutor network grows to a staggering 300 Oxbridge tutors for over 30 different subjects. This allows us to accommodate for the increase in demand for our intensive courses and individual tuition. UniAdmissions becomes a major education publisher after launching five more books with three international best-sellers.

No Signs Of Stopping.

UniAdmissions continues to expand by launching an additional 30 books and several brand new online and physical courses. We are officially nominated as the best tuition providers for the prestigious Education Investor Awards and welcomed as a full member of The Tutors Association.

UniAdmissions are the global leader in Oxbridge admissions support, having secured over 400 Oxford and Cambridge offers for our students. UniAdmissions Foundation is launched to help level the playing field for all students, with several students under its belt already. The team hasn’t stopped growing rapidly since the company was founded and is showing no signs of slowing. 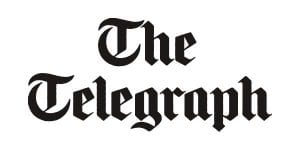 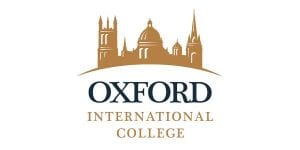 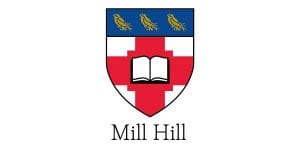 The people behind the brand truly make our company what it is. 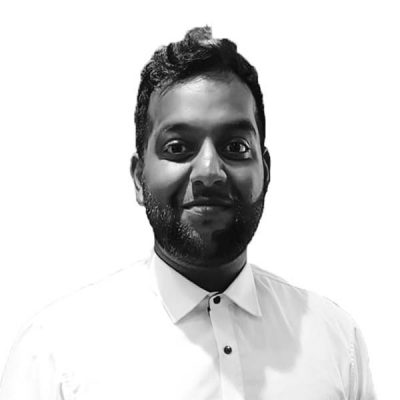 Rohan is Managing Director at UniAdmissions and is responsible for ensuring the company continues to move in the right direction. He graduated from Gonville and Caius College, Cambridge, and is now a fully qualified Doctor. Over the last five years, he has tutored hundreds of successful Oxbridge and Medical applicants. He has authored over 90+ books on admissions tests and interviews. 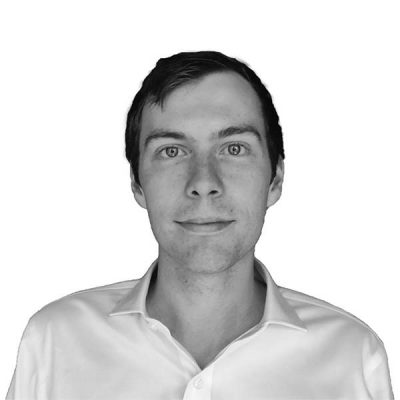 David is Director of Services at UniAdmissions, taking the lead in product development and customer service. David read medical sciences at Gonville and Caius College Cambridge, graduating in 2012, completed his clinical studies in the Cambridge Clinical School and is now a fully qualified Doctor. 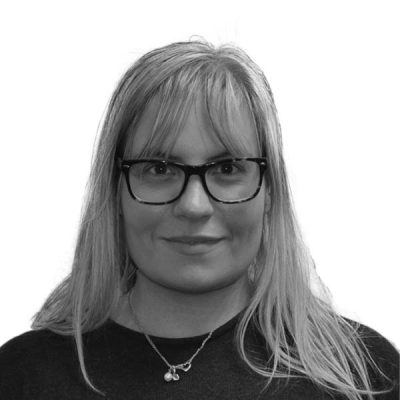 Barbara is the Director of Operations at UniAdmissions. She has over 8 years of experience in Operations Management and has been a part of the UniAdmissions team since 2016. She has tutored students in History and Ancient History, loves skiing and is in fact a Sommelier too, dabbling in fine wine every now and then. 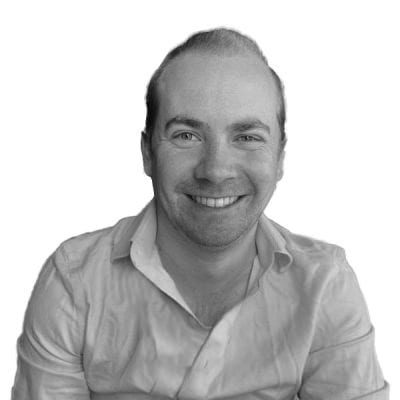 Matt Elliot is our resident expert on all things data. Matt lived in China for some time before coming back home as a prolific pub quizzer. He says he rarely wins, but the facts he frequently comes out with suggests otherwise. 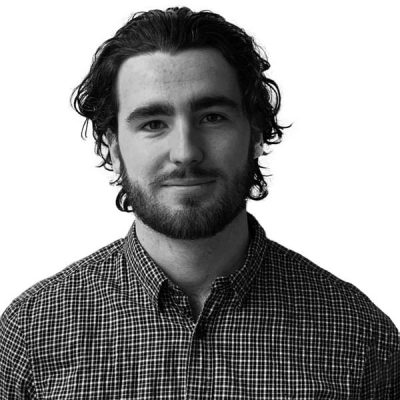 Will studied Psychology at Oxford, specialising in memories and hallucinations. Outside of work Will can be found doing extreme water sports and playing table tennis! 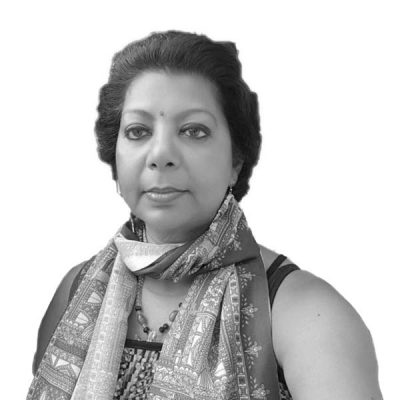 Ranjna is an Admissions Consultant at UniAdmissions. She’s extremely experienced, especially with Medicine applicants, as she is a consultant within the NHS. Outside of work, she is a keen photographer. 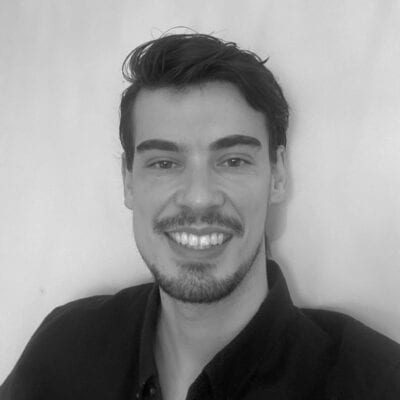 James helps to determine his students’ strengths and create an appropriate plan of action for them. Before UniAdmissions, James lived in Thailand for 4 years due to his passion for Thai boxing.

Liz helps future applicants choose the right plan of action for themselves when preparing to apply for the most competitive undergraduate degrees in the country. Outside of work, she enjoys being around dogs and discovering new places to eat in London.

Tyler is a project manager at UniAdmissions, responsible for planning, organizing, and directing the completion of specific projects. If you don’t find him between the pages of a good book, he’ll be amongst the laughter of his two little girls! 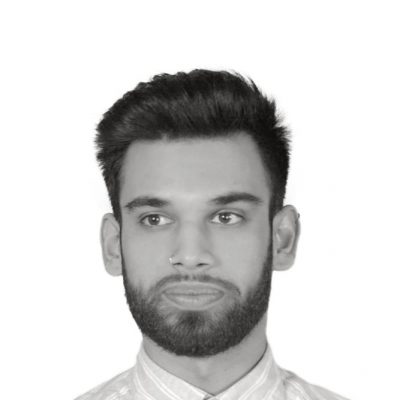 Adi looks after the content and email marketing for UniAdmissions, whilst dabbling in other areas where needed. Adi is a keen rider and driver who spends most of his time not at his desk on the road. 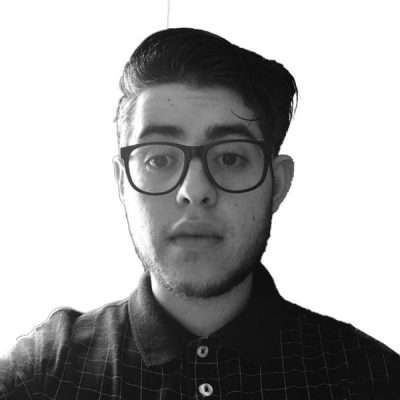 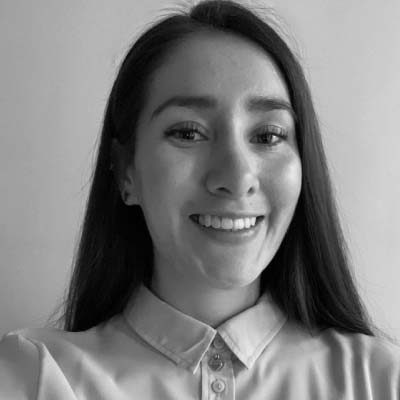 Karla is a part of the CRO team. She analyze data to identify areas to test across our website to enhance users’ experience. Out of work, she likes to read astronomy articles and spend time on Photoshop recreating photos of her pets. 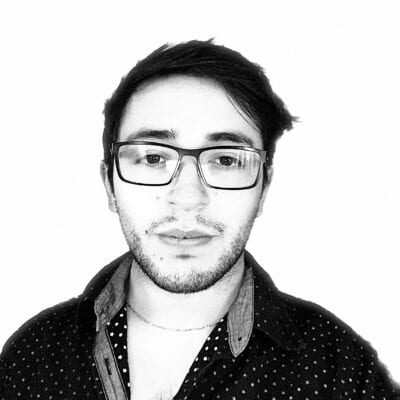 Sebastian graduated after having studied Mechanical Engineering. Outside of work, he’s a professional collector of memories made through learning new skills and meeting new people. 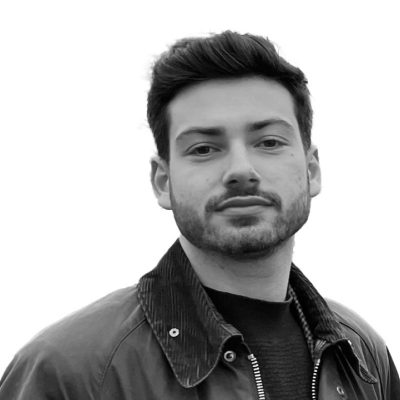 Rob is a Zoology graduate with outstanding marketing skills who creates content for UniAdmissions. Outside of work, you can find him on the water rowing.

Chloe has a degree in journalism and works with the marketing team creating content for UniAdmissions, along with Rob. Both are as fast as Formula 1, which Chloe loves to watch, along with Star Wars. 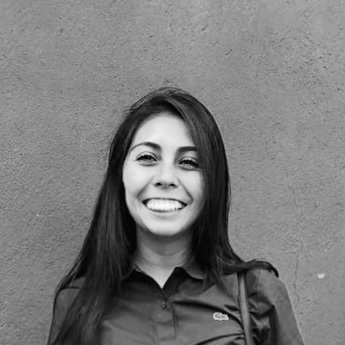 Zayra has a degree in marketing, supports the marketing team with lots of different tasks. She enjoys spending time on the procreate app and walking with her dogs, only when she’s not teaching people how to swim! 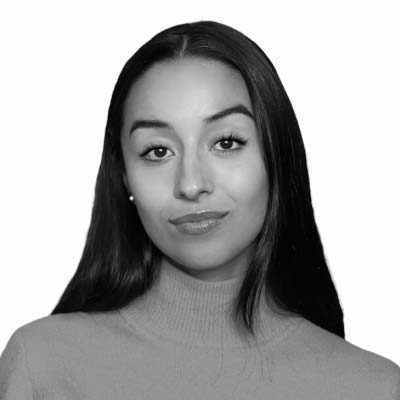 Valeriea assists the Analytics Team in the management and maintenance of databases. She strives to provide innovative ideas to contribute to the growth process of the company.

She is an outdoorsy woman who enjoys a good hike with the people she loves! 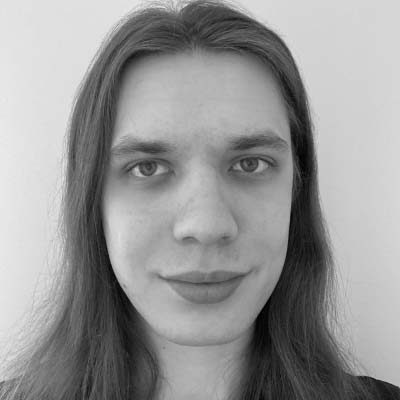 Matt studied Film and TV Production and now works with UniAdmissions to create high quality written and video content. When not working, you’ll often find Matt at the cinema catching the latest releases on the big screen. 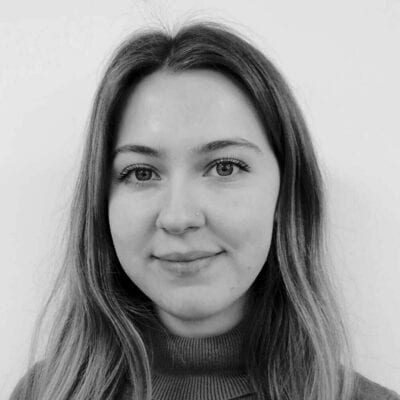 Mia is one of our Project Managers. She gets involved with all sorts of projects within the business. Outside of UniAdmissions, Mia enjoys her Arts and Crafts and watching who-done-it dramas. 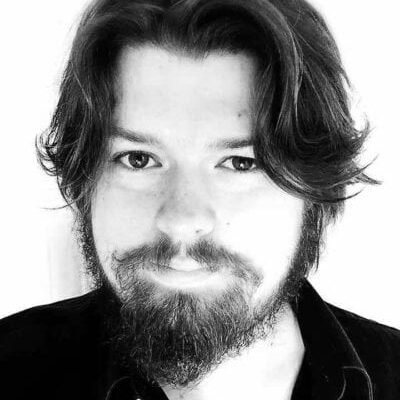 With a DPhil in History and Virtual Reality Innovation from the University of Oxford, Toby also works as a civilian consultant for the NASA Ames Human Factors Research Division. 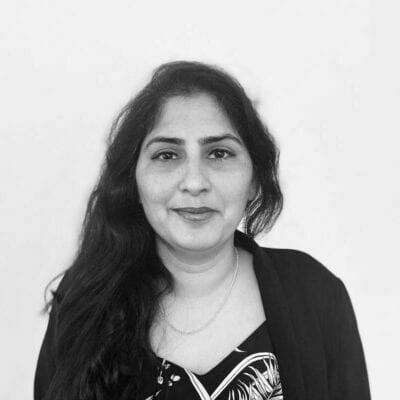 Harmeet is our Head of Programmes. Her job is to ensure every Programme student gets the most out of their tuition. She can write three different languages and speak 5 Asian languages, communication is strong with this one. 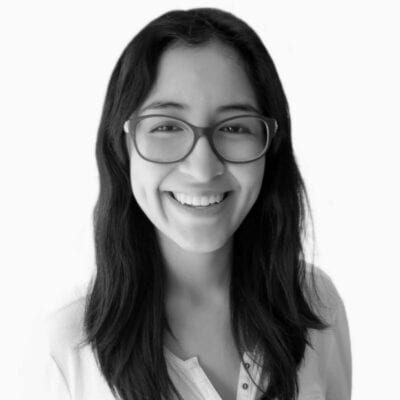 Elizabeth is Harmeet’s right hand, she makes sure students have the best experience with us. Ancient Egypt History, Molecular Biology,  and Literature are part of her passions. 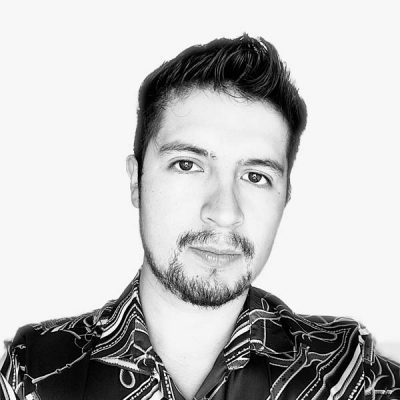 Max wants to live in a world filled with innovative business, sticking to the principles of oneself. Outside working topics, I always find myself in the research and studying of Astrophysics as well as Medicine, merely as a hobby. I’m kind of addicted to technology and music! 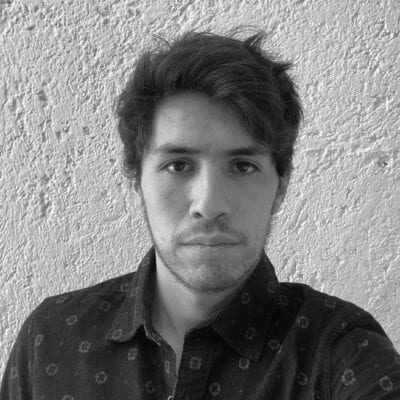 A valuable Operations Team member, Gustavo is always looking for a way to optimize operations and obtain the best results. He is an Environmental Geologist who loves traveling and climbing mountains. 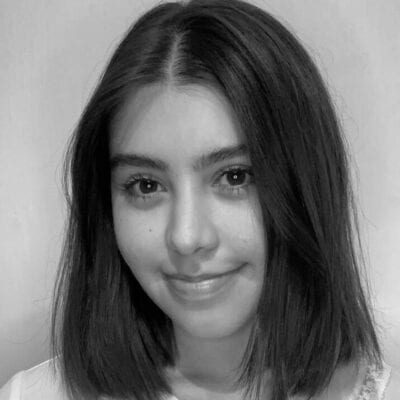 While managing her time to help students get the most out of their programmes, Clarisa studies biotechnology and is a neurosciences fan! She likes to spend her free time recreating artwork. 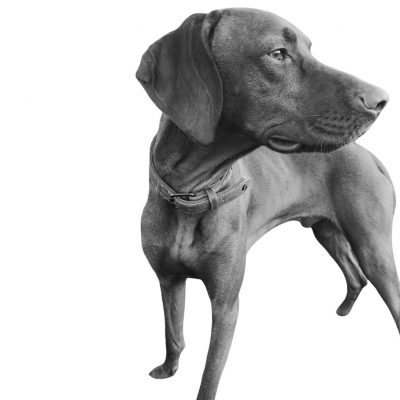 An indispensable member. Anakin’s role is to share his boundless energy and checking that everything is in order. His hobbies include playing and getting under warm blankets for morning snuggles. He loves the great outdoors. Favourite foods are roasted chicken skin and pizza crusts.

UniAdmissions is proud to be the market leader in providing informative guide books for students. We ensure each guide book is updated annually to include any examination and Oxbridge entry changes. We currently have 20+ Ultimate Guide Books published – all filled with practice test questions, worked solutions, and powerful strategies and techniques. We’ve sold over 100,000 copies worldwide and even outsold Harry Potter and the Bible on Amazon at busy times!

Our Books
OUR TUTORS

UniAdmissions Tutors go through a rigorous selection process and tutor training to become part of the team. Every tutor is a current student or alumni of some of the best Universities in the UK, with the majority of our tutors from Oxbridge. Each tutor has outstanding academic qualifications in their field and great personalities so students gain the best advice and techniques and feel relaxed. Our founders are involved in the selection process of each tutor to make sure they fit with the ethos of UniAdmissions.

Our Tutors
Go to Top
Close and carry on browsing.

If the booking widget is not appearing, please refresh the page and try again.